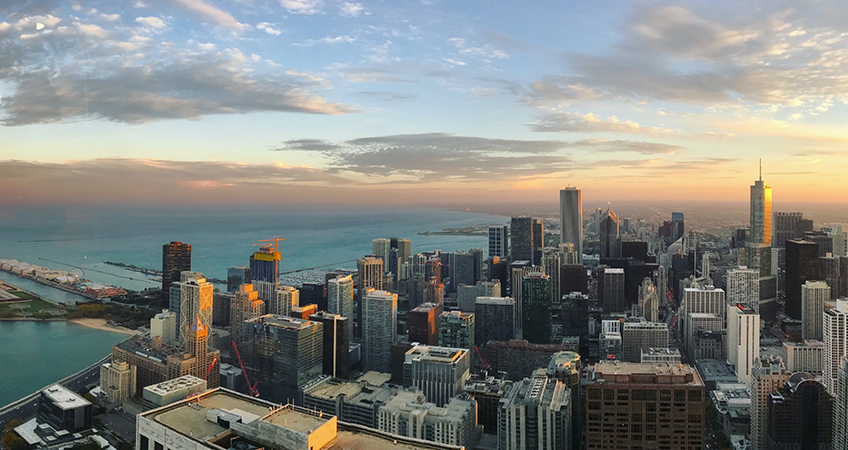 In the Fulton Market District, west of downtown in Chicago, leasing activity is outpacing other areas of the city. Image credit: Becky Phan on Unsplash
24 November 2021 | Chicago, United States

The maker of John Deere tractors has recently leased more than 38,000 square feet at 800 West Fulton Market in Chicago as it expands its software development arm. It would be the company’s first major office in downtown Chicago. With the Deere lease, developer Thor Equities’ recently completed 19-story building is now more than 70 percent leased.

Deere's deal comes a few weeks after Milwaukee Tool signed a big lease at the Old Post Office, where it is poised to house hundreds of engineering jobs.

The Deere lease also continues the overall momentum in the Fulton Market neighborhood, while  activity has been relatively sluggish elsewhere downtown. Among the companies that have signed new office leases this year in the former meatpacking district are Kimberly-Clark, Tock, Hazel Technologies and MoLo Solutions.

For more on this story, go to Crain’s Chicago Business.