Iconic Tokyo Tower Could be Saved 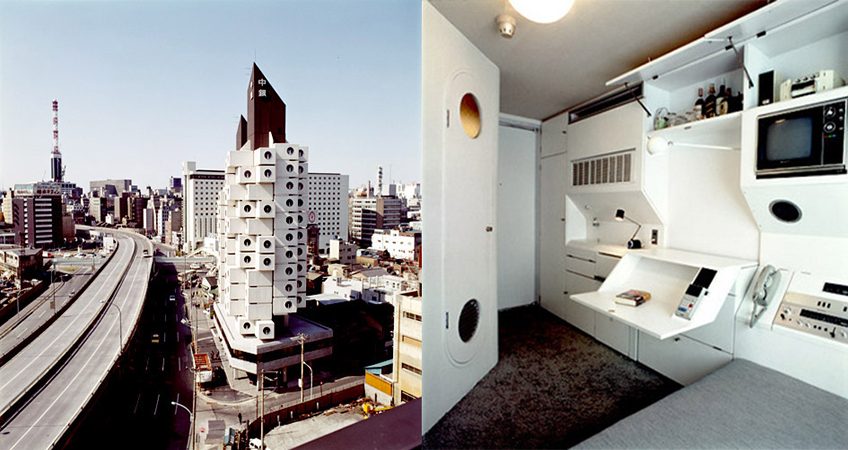 The compact capsules, each only 10 square meters in size, were designed as a city crash-pad for business people.
12 August 2019 Tokyo, Japan

Tokyo’s Nakagin Capsule Tower apartment building, a surviving icon of Japan’s Metabolism movement in the 1970s, may soon have a savior from its impending demolition, in the form of a foreign corporation looking to acquire the land rights.

The 140-capsule condo was built in 1972 and was designed by Kisho Kurokawa. It is now a must-see destination for architecture fans visiting Tokyo. As many as 250 Japanese and foreigners attend hosted capsule tours each month.

The structure consists of two concrete cores containing elevator shafts and stairwells. The 140 capsules, which were built off-site, are each connected to the core shaft by four high-tension bolts. The capsules were designed to be removable and interchangeable, although none of the capsules have been removed to date.

The compact capsules, each just 10 square meters in size, were designed as a city crash-pad for business people. When the capsules went on sale in the 1970s, they were priced at around JP¥3.4 million (US$32,266) each. All capsules sold out within six months. The capsules came with eight different interior options, including built-in storage units with built-in beds, stereos, fold-out tables, and a circular window with custom-made lens-type blinds, as well as an option for it to be operable.

“It is now a must-see destination for architecture fans visiting Tokyo.”

Unlike the vast majority of real estate in Tokyo, this condo was built on leasehold land, with all of the land being owned by the original developer of the building. The leasehold expires in 2032. In June 2018, the land was sold to a recently established limited liability company. That company promptly informed the capsule owners’ association of their intent to redevelop the site. The new landowner also expressed that they would not approve any future capsule sales. Since the land is registered under the chinshaku-keri style of leasehold rather than the newer superficies style, apartment owners must get the landowner’s approval in order to transfer the land leasehold rights when re-selling an apartment.

Capsule owners, many of whom actively support and promote the preservation of the building, see this as a serious setback. The head of the Nakagin Capsule Tower Preservation and Regeneration Project approached a foreign corporation with experience in preserving historic buildings, asking if it would consider purchasing the land, in an attempt to save the building. Discussions are reportedly progressing, with a decision expected later this year.