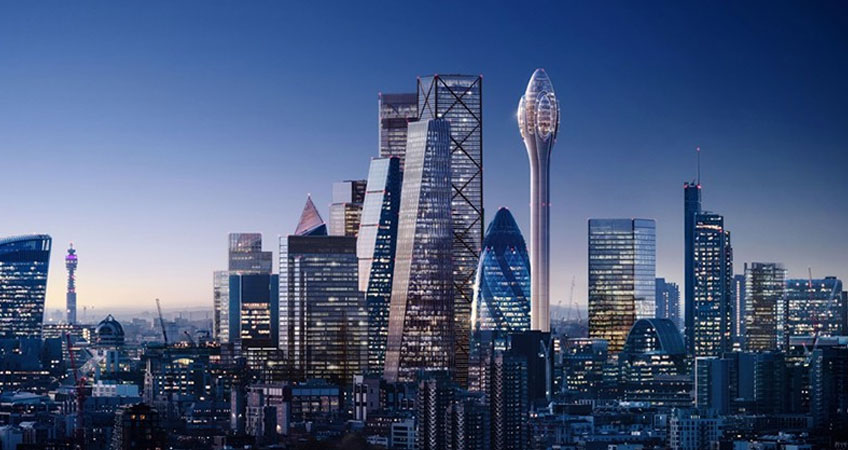 Responding to the controversial application for the tourist attraction close to the Gherkin, the government’s heritage watchdog told City of London planners that the 2,889-square-meter scheme would create an unwanted “vertical cliff edge” to the so-called Eastern Cluster of skyscrapers.

The organization was particularly concerned about how the tower would dominate the backdrop behind the Tower of London when viewed from Tower Bridge.
A spokesperson for Historic England said: “In our view, the proposed building would cause harm to the significance of the Tower of London, one of London’s four World Heritage Sites.

They added: “This harm would be particularly notable in the protected view from the north bastion of Tower Bridge where the Eastern Cluster forms a sharp backdrop to the Tower of London.

“We have not seen clear and convincing evidence that this harm would be outweighed by public benefits, and we therefore cannot support the proposals.”
However, the response does add that HE believes the harm to the World Heritage Site “would be less than substantial.”

It is understood that Fosters, as part of the pre-application process, met Historic England four times before the application’s submission last month.

The project, which has split opinion, is being backed by billionaire banker Joseph Safra, owner of the neighboring 30 St Mary Axe tower, and work could begin on site as early as 2020. If approved, the project is scheduled for completion in 2025.

However, the application has already received numerous objections, with London City Airport demanding the scheme be checked to see if it interferes with radar systems.

If built, the tower could become among the tallest in the City, edging above Eric Parry’s proposed 1 Undershaft, which has an estimated completed height of 304 meters. It would, though, still be slightly shorter than Renzo Piano’s Shard skyscraper (306 meters) across the river.

According to the practice, the scheme will feature glazed observation levels supported by a huge concrete shaft to create “a new state-of-the-art cultural and educational resource for Londoners and tourists.”

There are also plans internally for glass slides and gondola pod rides.

Foster + Partners said the building’s eventual weight would be “equivalent to 80 fully loaded Airbus A380s on a footprint that is half the size of a single plane.”