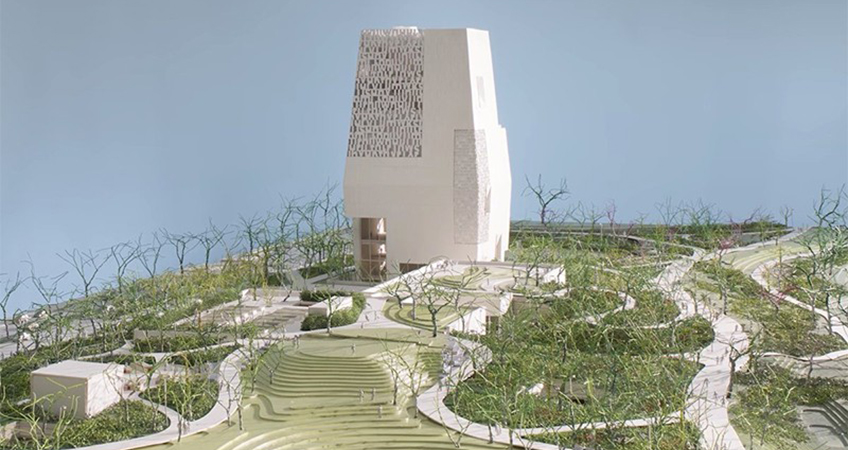 The Obama Presidential Center is on track to be built in historic Jackson Park after a lawsuit was tossed on 11 June. (c) Obama Foundation.
12 June 2019 Chicago, United States

A federal judge declared Tuesday, 11 June, 2019 that “construction should commence without delay” on the Obama Presidential Center (OPC) in Chicago’s historic Jackson Park.

But don’t expect groundbreaking any time soon. A crucial federal review is still pending, and the legal challenge against the City of Chicago and the Chicago Park District may not be over.

The decision by U.S. District Judge John Blakey to toss a lawsuit threatening to block the Obama Center means the project has cleared a significant hurdle. The lawsuit has loomed over the project since May 14, 2018.

Blakey announced his ruling after an hour of oral arguments at the Dirksen Federal Courthouse. He concluded in a 52-page written opinion that “the facts do not warrant a trial, and construction should commence without delay.”

But lawyers for the advocacy group that filed the lawsuit, Protect Our Parks, immediately told reporters they would take the case to the 7th U.S. Circuit Court of Appeals.

And before construction can take place, the project must also go through what has been a long-running federal review, mandated because Jackson Park is on the National Register of Historic Places.

Once the review is done, there are more time-eating steps, including a public comment period to consider the findings, time to reply and time to weigh plans to mitigate adverse impacts, if any, caused by the development.

On top of that, it’s not known how Mayor Lori Lightfoot intends to wrangle a pledged community benefits agreement from the Obama Presidential Foundation, and whether she is on board with the proposed $174 million related-traffic redo plan.

A coalition of community activist groups, meanwhile, has turned its attention to the City Council for a benefits agreement ordinance its says would help prevent displacement in the surrounding neighborhoods. Two aldermen say they plan to bring a proposal to the July council meeting.

Lightfoot, in office only since May 20, has yet to receive an official briefing on the project from foundation officials or explain what she has in mind for a local benefits deal. In recent comments to reporters, including an interview this week on WTTW-TV, Lightfoot has simply said she is focused on making sure longtime residents of the area are not displaced by the project.

“I am committed to ensuring that this community hub creates unprecedented cultural opportunities and economic growth on the South Side,” Lightfoot said in a statement Tuesday after the judge’s decision. “I look forward to working with community stakeholders and the Obama Foundation to ensure that neighboring communities share in this growth.”

Those communities, while fighting for years to prevent displacement, have still been clear in their support of the Obama Center going to Jackson Park and bringing with it new jobs and resources.

“Those communities, while fighting for years to prevent displacement, have still been clear in their support of the Obama Center going to Jackson Park and bringing with it new jobs and resources.”

“They want to see the Obama Center come, and when it comes they want to make sure that they’re able to stay in the community that they all know and love,” said Devondrick Jeffers, one of the organizers pushing for a benefits agreement.

The arguments Tuesday were the first in the case since Lightfoot took office. Mark Roth, a lawyer for Protect Our Parks, described the Obama Presidential Center as a “massive giveaway” to the Obama Foundation. The advocacy group has also described it as a “shell game,” an “illegal land grab” and “the poster child for a public trust violation” — one that benefits the foundation without regard to the public.

It has also argued the foundation is essentially a private entity—not entitled to the public land—because it will not have an official government-run presidential library on-site. In May 2017, the Obama Foundation announced that a federal Obama Presidential Library would not be part of the Jackson Park complex.

A key aspect of Tuesday’s argument revolved around whether the 19.3-acre (7.8-hectare) site at Jackson Park had ever been submerged under Lake Michigan. In his written decision, Blakey knocked down the advocacy group’s arguments one by one, including an apparent theory that the Obama Center site “may have been submerged approximately 11,000 years ago.”

State law “clearly authorizes the City to contract with the Foundation in constructing and operating” the Obama Presidential Center, Blakey wrote.

Though the Obama Foundation was not a party to the case, there was no daylight between it and the city and Park District defending its interests.

“We couldn’t be more excited to move forward on our plans, arm in arm with our neighbors in Chicago, ready to bring investment and jobs to the South Side,” David Simas, the foundation CEO, said in a statement.

A group supporting the foundation, South Side Neighbors for Hope, called the decision “a win for our South Side communities who have waited patiently for the influx of jobs, economic development and the resources that the OPC will provide for our South Side children, families and community members.”

For more on this story, go to the Chicago Sun-Times.