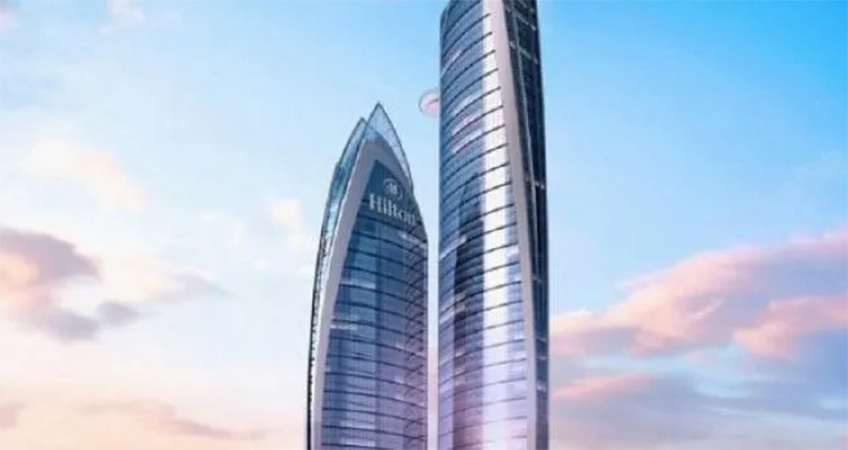 A Nairobi complex has been facing issues of late, including complaints from neighboring buildings.
14 October 2020, Nairobi, Kenya

Investors behind a project valued at Ksh20 billion (US$184 million) in Nairobi's Upper Hill area risk losing their parcel of land over an environmental error.

The National Construction Authority (NCA) has issued the company behind the construction of Pinnacle Tower II a 14-day ultimatum to restore environmental safety or forfeit the land.

This is after numerous complaints emerged that the three-year project which was launched by President Uhuru Kenyatta in 2017 was hazardous to neighboring estates.

"The authority will also recommend the necessary remedial action to be undertaken by the government at the developer's cost and repossession of the land in line with the conditions of the title," read a notice from NCA according to Business Daily.

The woes began after Ugandan Businessman James Mugoya, through Kingorani Investments, filed a suit halting the project in 2017 over trespass, citing equipment and debris

Occupants of adjacent buildings complained that the abandoned site was increasingly affecting their structural stability, with some buildings allegedly developing cracks.

The foundation of the project was laid in 2017 by the head of state and its construction had been scheduled to be completed in 2019.

The gaping hole had been constructed to fit a four-floor basement that had been filled by water with an unfenced section of the site posing environmental danger.

According to its plan, the lower floors of the 45 story tower were expected to be occupied by entertainment facilities.

One arm of the tower was also expected to host Hilton Hotel while the other provide apartments and office spaces.

During its launch, the head of state had hailed the project explaining that it was poised to change Nairobi City skyline as well as create job opportunities.

For more on this story, go to Kenyans News.