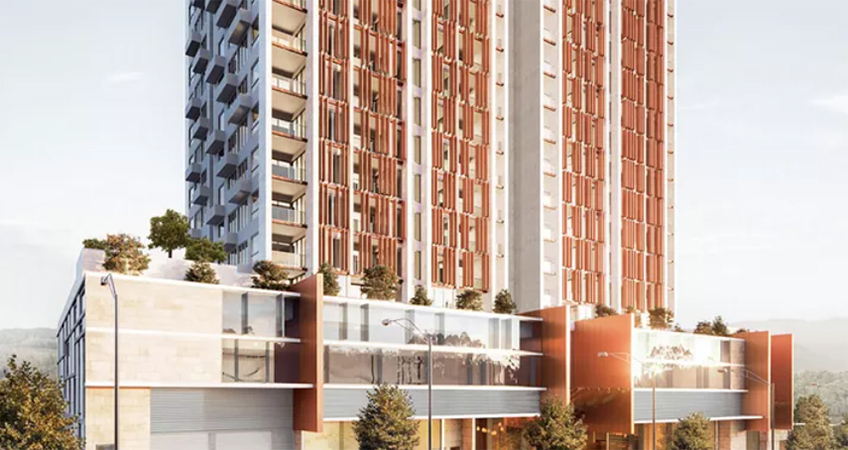 The reworked plan will deliver 184 residences, and now includes a neighboring site at 331 Mann Street.
19 May 2020 Gosford, Australia

Developer JMGM has won approval for a mixed-use residential building in Gosford on the New South Wales’ Central Coast.

JMGM initially lodged plans in 2016 for a 24-story concept at 333 Mann Street, but subsequently resubmitted documents to council last year to incorporate a neighboring site at 331 Mann Street.

The AUD$131 million (US$86 million) project, to be built on a 3,310-square-meter site, has been designed by Sydney-based architecture firm Chapman.

“We are one of the very few large developments to start the sales process, and I believe that over the course of this year many other developments will follow suit,” JMGM director James Moses told The Urban Developer.

“Buyers have a great opportunity to acquire quality apartments off-the-plan at much cheaper prices than Sydney while also benefiting from the amazing beaches around like Avoca, Terrigal and McMasters.”

Moses said that despite the currently economic climate brought on by the coronavirus crisis the development would press forward with construction, scheduled to run for two years.

“The project has seen private investment injected which is enough to cover the sales and construction funding will be sought once we have received enough pre-sales,” Moses said.

The new project, dubbed Horizon, will sit within a region which is tipped to grow over the coming years in accordance with the Central Coast Regional Plan 2036, released by the NSW Department of Planning and Environment in 2016.

Gosford has continued to absorb new migrants from Sydney seeking cheaper housing and in turn has bolstered planned development.

Developers and investors have now cottoned on to these opportunities, moving towards Gosford on the central coast as well as Newcastle.

“Gosford has an exciting future ahead there are many large projects which will be gin construction next year and will launch Gosford into a new era of being a world class city,” Moses said.

“The area will be a key location for investors to look for buying off the plan apartments as the prices are relatively low compared to Newcastle and Sydney.”

The state government has also recently committed AUD$80 million (US$52 million) to a high speed rail to run between Woy Woy and northern Sydney as part of its NSW fast rail strategy.