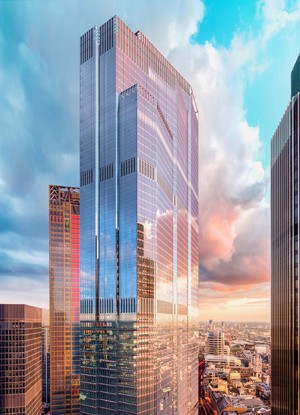 Multiplex, the contractor building the new Vauxhall Square-Miles Street South and 278-meter-high Twentytwo at 22 Bishopsgate, shut all its work sites on 24 March, after Boris Johnson implemented an effective three-week lock-down.

The government said open air construction could continue, however Multiplex chief operating officer Callum Tuckett said the company thought the “best and most appropriate action” was to close its sites.

In a letter to staff, he said: “Construction is not likely to be defined as ‘absolutely necessary’, we are seeking clarification of this but we feel the best and most appropriate action is to close our sites."

The mayor of London said he disagreed with the government’s ruling.

The mayor of London said he disagreed with the government’s ruling that construction sites could stay open and that it would be “very, very difficult” for those workers to follow social distancing instructions.

On 23 March, Boris Johnson announced new police-enforced restrictions that will force people to stay home unless they have to buy basic necessities or seek medical help. People can also leave home to complete exercise once a day or if it is “absolutely necessary” that they have to go work.

However, the types of work that are considered “absolutely necessary” has not been made clear.

“If construction is there for a safety reason, I think that’s critical and it should carry on,” he said.

“A lot of construction isn’t critical or essential. A lot of people that have been on a building site—I used to be a labourer and as mayor I visit building sites—it is so hard to be two metres apart.

“There’s other health and safety considerations those on site need to think about where they’re sending mixed messages.”

Scores of construction workers were seen going to work at rush hour, contributing to overcrowding on some Tube lines.

Aslef, the biggest London Underground train drivers’ union, has said if overcrowding continues then too many of their members will get sick and public transport will stop.

Many construction workers have been forced to stay on, because they work on zero-hour contracts or are self-employed.

The Federation of Master Builders (FMB) today pleaded for more clarity from the government on whether work sites could stay open.

Brian Berry, chief executive of the FMB, said: “Our members want to do the right thing, but the advice coming from government is anything but clear.”

The Prime Minister’s spokesman today sought to clarify the situation. “Construction should continue if can happen in a way that complies with PHE guidance, and practice safe social distancing on site,” he said.

“The industry has issued guidance itself onsite operating procedures through the construction leadership council. Employers and employees should refer to that.”

He repeated advice to remain two meters apart from other workers at all times.

For more on this story go to CityA.M.