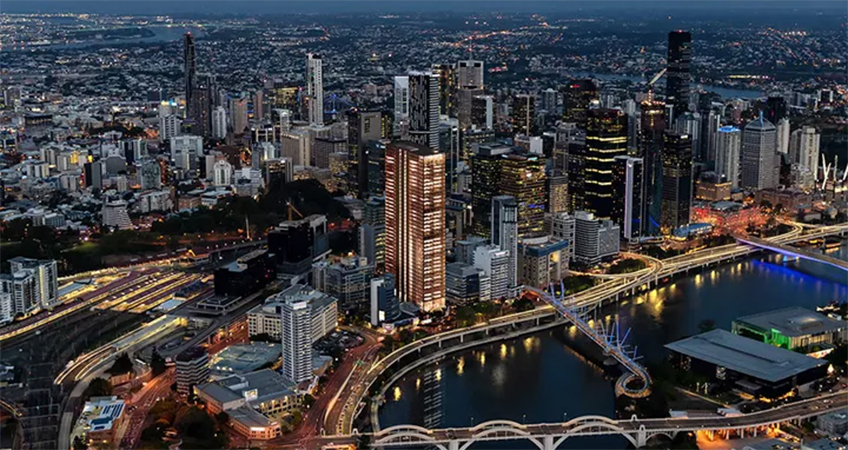 The winning design beat out submissions from three other shortlisted teams including Cox Architecture, SOM, and Rapt Studio; BVN and SHoP Architects; and Architectus and WOHA Architects.

The construction super fund’s property arm has partnered with local group Nielson Properties and the Raniga family to develop the 50,000 square meter office project across a 3,000 square meter corner site at the southern end of Brisbane’s CBD.

The proposed development aims to be reactive to the current health crisis with Cbus chief executive Adrian Pozzo stating the project would be a “holistic workplace with wellbeing its core priority."

“At 205 North Quay, we have a unique opportunity to create a building and set of spaces that are uniquely positioned to blaze a trail for healthy buildings and their potential,” Pozzo said.

Pozzo noted there had been a renewed focus on exceeding council’s ‘Buildings that Breathe’ guidelines, with the impacts of Covid-19 increasing the importance of mental and physical health.

It will also feature an entire floor dedicated to wellness facilities, 25-meter lap pool, childcare facilities, a public realm auditorium and outdoor terraces on each level.

To meet these goals the building's form will reduce energy, waste and water usage, control midday, afternoon, and early evening sun through its articulated façade and incorporate LED lights and sensors and use regenerative lifts.

The proposed tower will now add to the continued regeneration of the burgeoning North Quarter precinct, joining Mirvac’s 80 Ann Street tower which will be tenanted by Suncorp, Shayher Group’s 300 George Street project and the recently completed W Hotel on George Street.

Its proximity to Brisbane’s new Grand Central station on Roma Street, under construction Cross River Rail and proposed Brisbane Live entertainment venue, is expected to be a drawcard for prospective tenants.

Cbus Property is no stranger to Brisbane, after developing the state government's AUD$650 million (US$453 million) executive building at 1 William Street in 2016.

If approved, its North Quay development will move ahead with a construction timeline concluding in 2023.