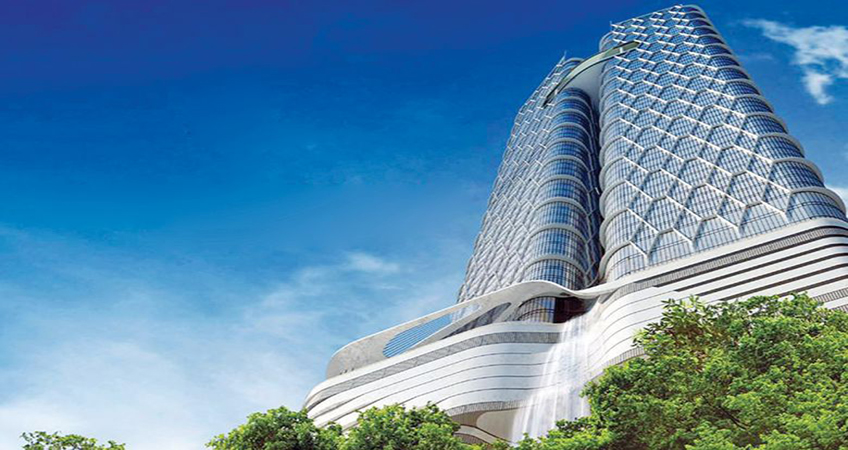 The project will be located on the corner of Russian Boulevard and Monivong Boulevard. Photo source: Phnom Penh Post.
26 July 2019 | Phnom Penh, Cambodia

The construction of Royal One, a 62-story building owned by the Royal Group, will resume later this year after a new developer is found, according to sources at the Royal Group. Progress on the US$230-million project halted soon after.

Royal Group has opened the bidding process to find a new developer, aiming to resume work in December 2019, Taing Socheat, the group’s sale and marketing executive, told sources on 22 July 2019.

The project is located on the corner of Russian Boulevard and Monivong Boulevard.

OTK Royal One, a subsidiary of the Royal Group, broke ground for the project in February.

However, construction work is believed to have stalled and the area is now enclosed by fencing.

Socheat said that high-rise building projects like Royal One are complex and must be undertaken by developers that meet international standards, stating “I cannot say anything else as this is an internal affair, but sales for the project are going well.”

“The project was hailed as the next landmark in the Cambodian capital and a source of pride for locals.”

The mixed-used development will be compromised of condominium units, shopping malls, fitness centers, restaurants, and office space. Socheat said that about 15 percent of the space has been sold thus far.

During February’s groundbreaking ceremony, China-based Huashi Group was presented as a collaborating developer and the project was hailed as the “next landmark in the Cambodian capital and a source of pride for locals.”

“This new commercial building will be one of the tallest in Cambodia and will promote the local real estate sector,” a Royal Group representative said at the ceremony, noting that construction will take three years.

According to the latest report from the Ministry of Land Management, investment in the construction sector grew significantly during the first half of the 2019 year, expanding by about 57 percent compared to the same 2018 period.

For more on this story, go to Khmer Times.