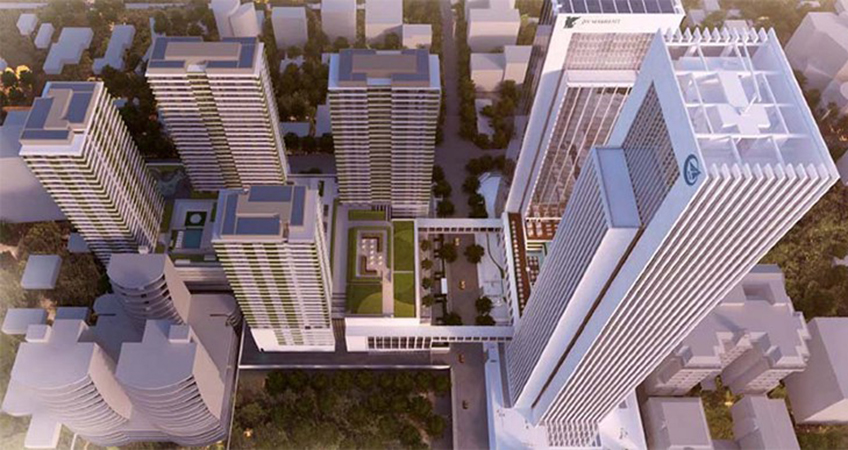 An environment tribunal has ordered a Chinese firm constructing the Global Trade Center Complex in the Westlands neighborhood of Nairobi to halt construction until a complaint filed before it is heard.

The National Environment Tribunal in Nairobi ordered that AVIC International Real Estate halt construction until a dispute is settled between it and Simba Corporation.

“The concerns on the stop order are adequately addressed by the provisions of section 129 (4) Environment Management and Co-ordination Act (EMCA), as it provides status quo shall be maintained pending the hearing of the appeal,” the tribunal ruled.

Simba claims that AVIC has taken up a public road and has been flouting the terms set in its construction license.

According to the firm’s lawyer Hiram Kago, AVIC was only authorized to carry out construction between 8:00 am and 5:00 pm, and nothing should happen during the weekends.

“They have gone against this agreement and the result is, among others, increased noise levels, jams, excessive vibrations and dust levels to the appellant’s detriment, and that of the residents and inhabitants of the surrounding areas,” argued Kago.

Simba wants the license revoked, or in the alternative, the conditions set to be amended to address the concerns raised. In the first suit, Simba had moved to the tribunal in 2015, seeking to stop the construction over environmental concerns.

However, AVIC raised objections to Simba's case, arguing that it was without basis because it was filed out of time. AVIC further said it had obtained all requisite approvals prior to starting the project in question.

AVIC claimed the tribunal had no powers to hear the complaints, hence the case was an abuse of the tribunal process and should be dismissed. The tribunal agreed with AVIC and dismissed the case.

Simba, however, appealed to the High Court, which overturned the orders, paving way for the tribunal to hear the case in full, which will happen on 29 January 2020.

For more on this story, go to The Standard.