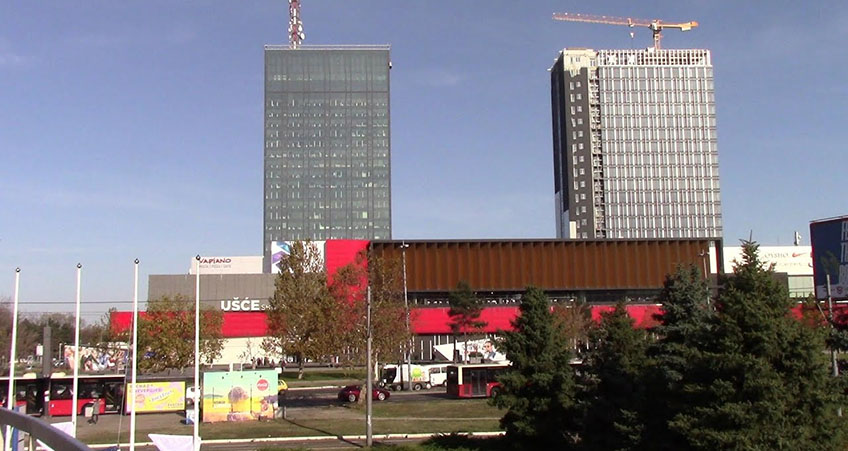 The new skyscraper is being built next to the historic Ušće Tower, which was damaged by a missile during the Yugoslav War.
14 February 2020, Belgrade, Serbia

Located along the confluence of the Sava and Danube rivers, a new luxury skyscraper is being built next to the historic Ušće Tower, one of the tallest buildings in Serbia that was seriously damaged by air-strikes in 1999, during the Yugoslav War. The Ušće Tower 2 will have a height of 104 meters, 22 floors, and house modern office spaces and a restaurant on the top floor. Cranes are currently working to complete the project.

“The Ušće Towers is an important symbol of the city, as it remained standing despite being struck by a missile,” said Sebastian David, manager of K.I.G.O, the crane supplier on the project. “We are very excited to help rebuild this historical area in Belgrade, which is now the landmark location site of the city’s central business district.” K.I.G.O. previously deployed cranes in the early 2000s to repair the original Ušće Tower, which was reopened in 2005 after two years of reconstruction work.

Ušće Tower Two will be a “building that breaths”, with decentralized natural ventilation system integrated into a façade, which enables fresh air in office premises. A two-level underground garage with 750 parking lots aims to cover parking needs of both towers.
Aside from the quality workspace with flexible rental areas on each floor, Tower 2 complements the nearby UŠĆE Shopping Centre—the most visited shopping center in the region, and the Museum of Contemporary Art.

For more on this story go to UK Plant Technology and MPC Properties.