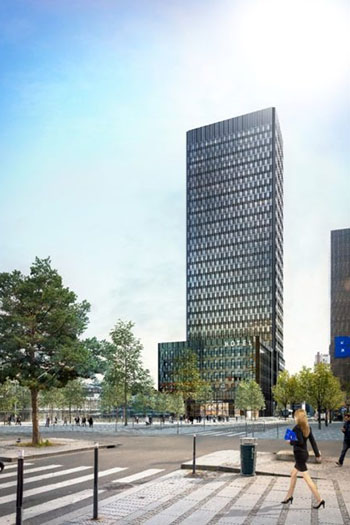 The ultimate goal is to make the Part-Dieu area a tourist destination by providing a good conference and trade show offering.
10 September 2019 Lyon, France

Construction on the To-Lyon tower project was officially launched by Vinci Immobilier d’Entreprise, with a symbolic laying of the building’s foundation stone. When completed in 2023, it should become the second-tallest building in the city.

The structure, designed by architect Dominique Perrault, will consist of a concrete block covered with glass. Shops, offices and a hotel will come together in the 80,000-square-meter tower on the former site of the Novotel and Athena hotels, which were demolished.

For the city, as for the metropolis, the ultimate goal is to make the Part-Dieu area a tourist destination by providing a good conference and trade show offering.

The podium of the To-Lyon tower will open out onto the district and will be directly linked to the west shopping mall of a new railway station.

For more on this story go to Lyon Mag and Lyon Part-Dieu.com.