Casino Resort is Rising on Hoi An Coast 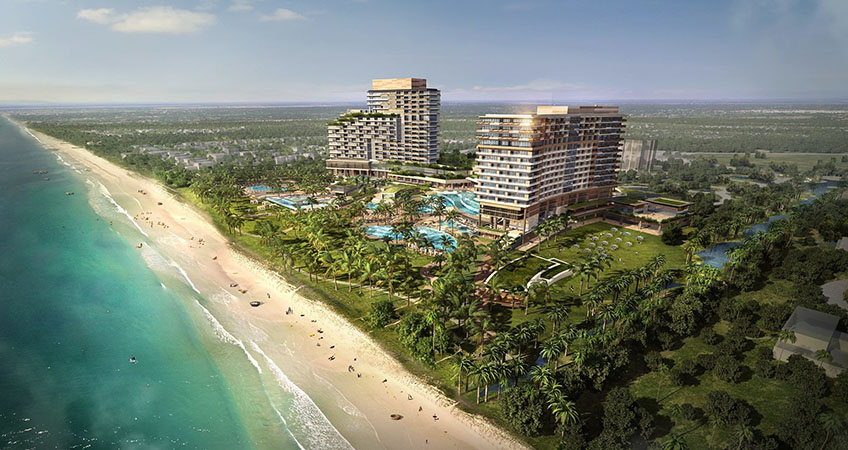 Phase 1 of Hoiana project is currently under development on the south coast of Hoi An.
10 September 2019 Duy Xuyên, Vietnam

Hong Kong-listed Suncity Group Holdings Limited has announced that the first phase of the Hoiana resort project on the south coast of Hoi An, featuring more than 1,000 hotel rooms, a casino, hotel and golf course, is anticipated to complete no later than the first quarter of 2020.

The project encompasses seven phases to be developed over a span of 13 years, on a site of approximately 985.5 hectares near the Vinpearl Resort & Golf Nam Hoi An.

The Danang Crown International Club is currently the only casino in the central region of Vietnam that is open to foreigners. Upon its completion, Hoiana casino will become the second one to welcome foreign visitors.

Various foreign investors have entered the casino business in Vietnam in recent years, as the country has been witnessing a rising number of international visitors.

The Grand Ho Tram Strip project in Ba Ria-Vung Tau is also operating a casino within its resort complex, with an additional one currently under construction.