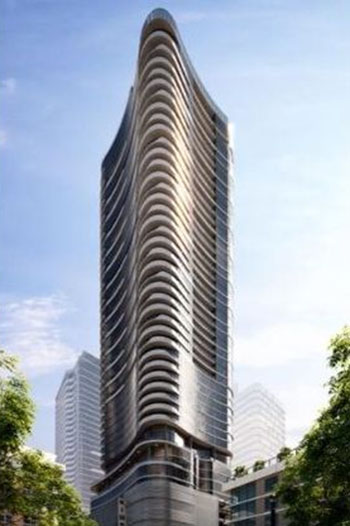 Kimpton will be part of the Laneways development set to break ground in 2020. Photo Courtesy of Caydon
15 October 2019 | Houston, United States

One of Midtown’s most transformative projects, Caydon’s Laneways, announced boutique hotel and dining operator Kimpton Hotels will be coming to the 2.5 million square-foot (232,000 square-meter) project. Expanding Kimpton’s presence in Texas, the project will be the first boutique hotel in Midtown, according to Australia-based developer Caydon Property Group, and is scheduled to open at the end of 2022.

According to Caydon CEO Joe Russo, “we are working with Kimpton Hotels & Restaurants to bring the first boutique hotel to Midtown, as we want to create a lively mixed-use development that captures the essence of the location.”

He added, “with Laneways located between two major employment hubs, Texas Medical Center and Downtown, we want to provide savvy travelers a new opportunity to stay in an upscale hotel with a ‘homelike’ experience and community feel in one of Houston’s rapidly growing neighborhoods, Midtown.” The Laneways development is set to break ground in 2020.

Drewery Place, a 27-level multifamily tower, has already completed. The Kimpton Hotel will feature 204 guest rooms, with a signature restaurant, a café, an expansive rooftop pool and bar, and more than 14,000 square feet (1,300 square meters) of indoor-outdoor meeting space, according to Caydon.

“Midtown is quickly solidifying its place as the heart of the city.”

“Houston is the ideal place to expand our Texas footprint,” Kimpton Hotels & Restaurants CEO Mike DeFrino said in a statement. “Midtown is quickly solidifying its place as the heart of the city, and its diverse cosmopolitan vibe fits perfectly with Kimpton’s brand of hospitality. Partnering with Caydon on their first U.S. development project is an incredible opportunity.”

The deal is Kimpton’s third in the Lone Star State, joining the Kimpton Hotel Van Zandt in Austin that opened in 2016, and the Kimpton Pittman Hotel in Dallas, slated to open in the summer of 2020.

For more on this story go to Bisnow.