A 194-Meter Tower has Reached Completion in Beijing 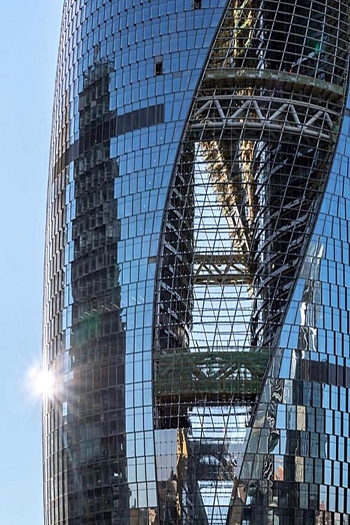 Straddling the new subway tunnel that diagonally divides its site, the Leeza SOHO tower in Beijing rises as a single volume divided into two halves on either side of the tunnel. A central atrium—one of the world’s tallest—extends 194 meters through the full height of the building and connects with the metro station below, creating new public space for the city.

The core and shell development of the newly opened Leeza SOHO has been awarded a LEED Gold Certification. The tower’s double-insulated, unitized glass curtain-wall system allows ventilation when required, creating efficient environmental control for each floor.

“A central atrium—one of the world’s tallest—extends 194 meters through the full height of the building.”

Zhang Xin Soho, Soho China’s CEO, stated at Leeza SOHO’s groundbreaking, “China attracts the best talent from around the world. It’s important to work with architects who understand what the next generation requires: connecting communities and traditions with innovative new technologies.”

For more on this story, go to Zaha Hadid Architects.