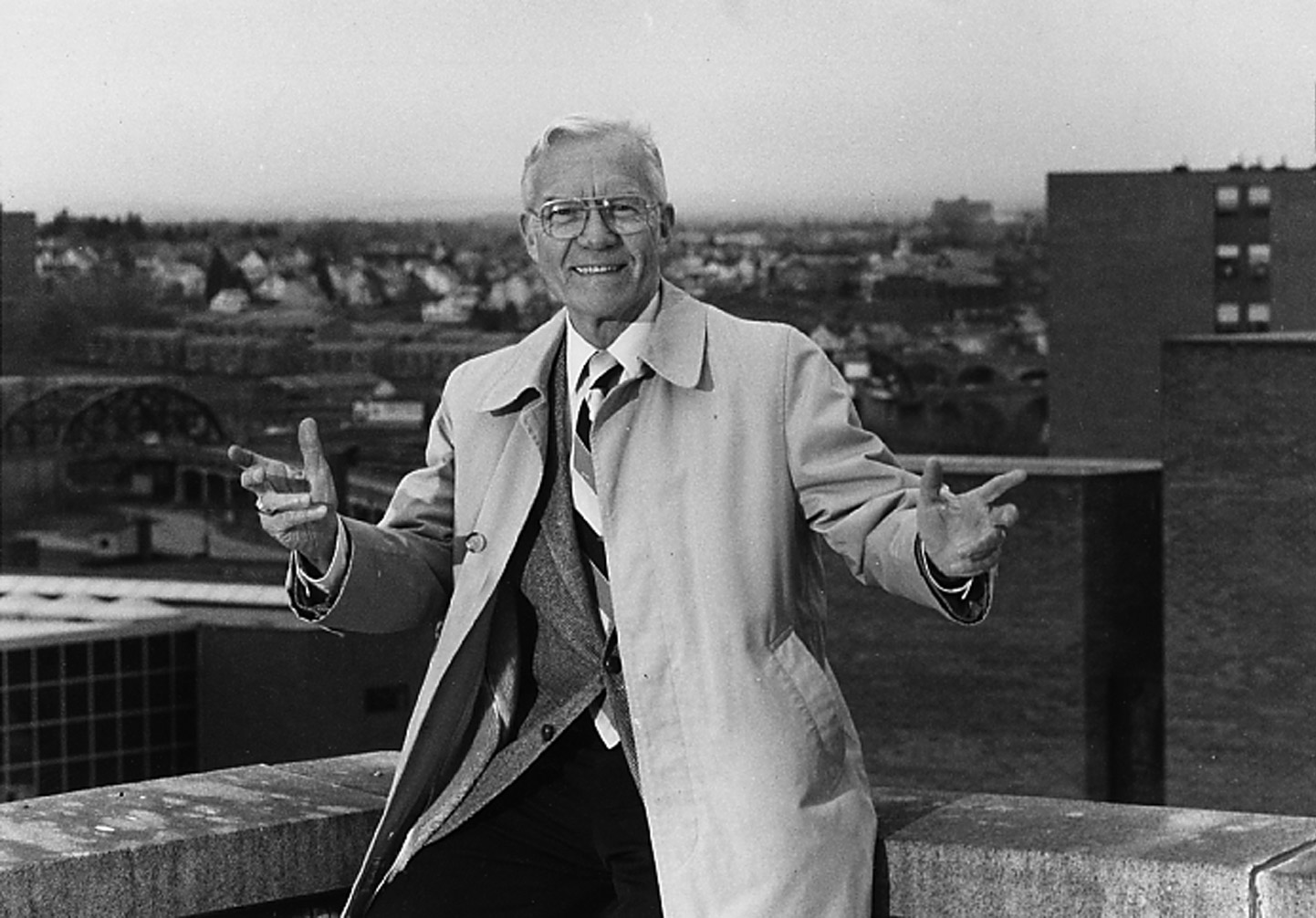 It all started with the IABSE. It is not often that one can remember the precise start of something… right back to the moment he had the idea. But in the case of the Council on Tall Buildings and Urban Habitat, I can: The afternoon of Friday, September 13th 1968 at the 8th Congress of the IABSE in New York. Prof. H. Beer of Austria was summarizing the theme, “Tall Steel Buildings”, and I was struck by the significant tall building research he was describing. This research was not being coordinated or evaluated in a form useful to the designer. It spoke of the need for an international effort to bring information together.

Acting upon that idea, I wrote to Prof. Beer and in due course he responded that international exchange indeed should be started. By that time, it was February, 1969 and at a meeting of the US

Group of IABSE in New Orleans, then chairman Elmer Timby, asked us to suggest a topic that we could “gather around” as a basis for more frequent exchanges with our professional colleagues overseas. Here was the opportunity to implant the idea: the preparation and updating of a Monograph that would provide a focus for continuing exchange. It would be a joint activity between the IABSE and ASCE – hence its original name “Joint Committee on Tall Buildings”.

Jewell Garrlets made the presentation to IABSE at its following meeting in Britain in September of 1969. Approval by the American Society of Civil Engineers came shortly afterwards. National Science Foundation funding was approved and we were on our way. The Headquarters was established at Lehigh University, Bethlehem, PA, USA.

The need for the Joint Committee was more than just the desire to get together. It stemmed from things like the exploding urban population, creating an increased demand for tall buildings; the need for economy in construction; the frequent neglect of human factors at the expense of livability and the quality of life; the need for new research required in the field; and the necessity of establishing priorities for such reasons.

The timing was right, too. There were very few high-rise buildings built in the 1950s. But by the 1970s, tall building construction increased substantially.

As a result of the increased emphasis on planning and environmental criteria in 1973, the American Institute of Architects, the American Planning Association, the International Federation for Housing and Planning, and the International Union of Architects were invited to join the forming organizations as equal participants with IABSE and ASCE. The American Society of Interior Designers, the Japan Structural Consultants Association and the Urban Land Institute also later became sponsoring societies. Then, in 1976, the “Joint Committee” changed its name and became known as the “Council on Tall Buildings and Urban Habitat”. In 1979 it was admitted as a Category B non-governmental organization of UNESCO.

One of the well-remembered Steering Group meetings was one of the first, at which Les Robertson and the late Fazlur Khan were debating the question of “What is a tall building?” After all, if we were going to do a Monograph on tall buildings, one needed a definition. The final decision: A tall building is not defined by its height or number of stories. Rather, the important criterion is whether or not the design is influenced by some aspect of “tallness”. It is a building whose height creates different conditions than those that exist in common buildings of a certain region or period.

The Steering Group next organized the 1971 conference in Bled, Yugoslavia, to bring together specialists from all over the world to decide what this Monograph would be all about. Delegates reviewed the abstracts of papers that later would be presented at the First International Conference (they are now called World Congresses) held at Lehigh University. More than 700 people attended this later five-day event from August 21 through 26, 1972. Adhering to a strictly enforced 7-minute time limit, 261 “reporters” and over 200 discussers participated, coming from 30 countries. Twenty-seven preprint volumes were available to the participants, followed by a five-volume set of Proceedings. It is still known around the world by Council members as the “Lehigh Conference”.

That conference was followed by an intensive series of follow-up conferences—20 being held in the 1972–1975 period. Their essential function was to disseminate the information coming out of the Lehigh Conference and to collect material for the Monographs.

Throughout it’s history, the Council has continued to strive toward the dissemination of information and the stimulation of research on tall buildings throughout the world. It continues to have a major concern with the role of tall buildings in the urban environment and their impact. It is not an advocate for tall buildings per se; but in those situations in which they are viable, it seeks to encourage the use of the latest knowledge in their implementation. In addition to sponsoring conferences on a regional and international basis, the Council has continued the work of the original Monograph, publishing updated volumes, a regular newsletter, and other reports and support documents.

Much has been accomplished by the Council, but most important perhaps, are the relationships that have been established with colleagues from a wide range of professions and from all over the world. We thank Prof. Beer for lighting the spark on September 13, 1968. And we thank Elmer Timby for asking the right question.