The discussion delved right in to talk about past commitments the city has made toward sustainability. In September 2014, New York City committed to reduce their greenhouse gas emissions 80 percent by 2050, naming the initiative ‘80 x 50’. The City also decided on an interim target to reduce emissions 40 percent by 2030 (40 x 30), joining the world’s leading cities in their efforts to combat the devastating effects of climate change. Achieving this goal requires significant reductions in the current level of emissions produced by our densely populated city.

The panel began by summarizing plans to hit the interim milestone of 40 x 30. This can be achieved, they outlined, through clearly defined steps such as the changing of fuel sources and upgrading energy-consuming equipment. It was noted that the City is currently on target to reach their 2030 goal, but these efforts alone will not be enough to reach 80 x 50. The panel then highlighted the three key sectors requiring more in depth measures; Energy, Transportation and Waste.

The group touched on the Roadmap to 80 x 50, an integrated action plan that was created in September 2016 after years of research and insight using the best available science and state-of-the-art greenhouse gas emissions modeling. The report included some good news; the City is currently at 40% better energy consumption than when the project was first discussed. But there is still more work to be done.

Other findings of the report included the need to make all buildings significantly more energy efficient and replace fossil fuel-based systems with renewable or high-efficiency alternatives. Past models of deep energy retrofits show that 40-60% of energy reductions are possible using existing technology and solutions. But, as nearly every building in the city will need one, the task is not a small one.

Outside of buildings, ideas centred around reducing the number of miles driven in New York City while replacing remaining vehicles with zero-emissions models, as well as aiming for zero waste to landfills.

The panel then talked through the proposed timeline, including milestones such as introducing low energy design performance standards for new buildings, submetering, creating an energy performance mandate and displaying energy grades on large buildings. Then followed a debate on the effectiveness of energy grades, arguing that, while they probably would not dissuade customers from entering a restaurant, for example, it may make consumers more cautious when it comes to occupying a building for residential or commercial purposes (despite the fact that all anyone seems to care about in New York right now is location and price!).

In summation, the panel concluded, the technologies necessary to shift away from fossil fuels and reduce waste-related emissions exist today. But it requires bold action from both government and the private sector to make the investments, develop new regulatory frameworks, and drive institutional and societal changes necessary to achieve 80 x 50.

The NY Future Leaders Chapter of CTBUH would like to thank everyone involved in the panel for what was an eye opening and informative evening, as well as to Jaros, Baum and Bolles for hosting the event. Climate change is perhaps the toughest challenge New York City will face in the coming decades and the evening provided some thoughtful dialogue and inspiration to those members in attendance. 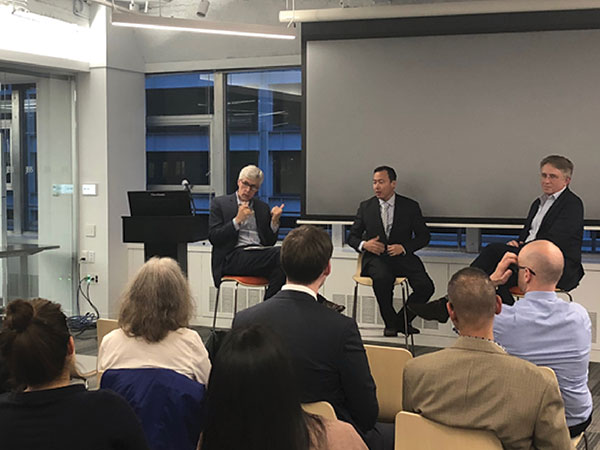 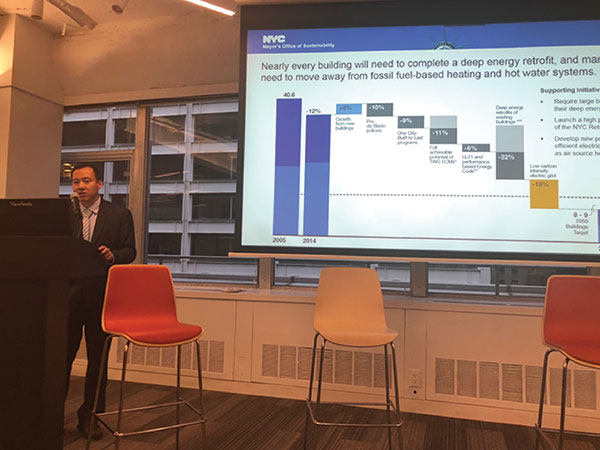