This year's 2018 Global Walking Tour theme's - "Walking on Water” - aimed to take a closer look at the role of tall buildings in waterfronts and other natural settings in 23 locations around the world with the Auckland, New Zealand tour having kicked off 16 hours earlier. Guests were encouraged to share images from around the world by tweeting their experience using the hashtag #CTBUHWalks.

Some of the participating cities were:

Auckland
Auckland’s Wynyard Quarter seemed like a natural focus for this year’s CTBUH Global Walking Tour theme “Walking on Water”. Wynyard Quarter is a reclaimed piece of land on the Waitemata Harbour’s edge located to the western side of Auckland’s CBD. This area has been historically occupied by industrial activities such as shipping fuel storage facilities, fishing industry facilities and a car and passenger ferry terminal. However, in recent years Wynyard Quarter has undergone a major transformation into a public waterfront space with mixed-use residential and commercial developments.

Balneário Camboriú
Balneário Camboriú is a Brazilian city located in the state of Santa Catarina, in Brazil’s southern region. It was chosen as the destination of this year’s Global Walk in Brazil due to the theme “Walking on Water”, which aimed to explore the role of Tall Buildings near waterfronts. The city is also home to a great selection of restaurants, shops, hotels, bars, and clubs for tourists that plan on exploring the region.

Belgrade
The CTBUH Global Walking Tour in Belgrade  included 20 participants. The tour, which was led by Ivana Tadic, Development Manager, Eagle Hills; Vladimir Milovanovic, Principal, 3lite; and CTBUH Serbia Representative Milan Jankovic, Principal, 3lite, was comprised of senior level management and architecture and civil engineering students. The walk featured developments along the Sava river, with the group discussing some of the potentials and challenges of tall buildings globally and regionally.

Brisbane
Brisbane’s tour was held at the iconic South Bank Parklands in South Brisbane. And was led by CTBUH Australia Chapter Brisbane Committee member Caroline Stalker, who is the Australasian Design Director and Principal of Arup.

Ho Chi Minh City
The Ho Chi Minh City walking tour was organized and led by Archetype Group, Vietnam. It was perhaps one of the truest to the theme of “Walking on Water,” as it involved a boat tour. The meeting point was at REE Tower on the 20th floor, where participants could see most of HCMC’s waterfront development that they later on visited. The tour’s guest speakers from Bachy Soletanche Vietnam presented the participants with their expert insights on foundations for high-rise buildings in waterfront soil conditions. It was a short, but necessary introduction to the walking tour.

San José
The CTBUH Costa Rica Chapter and the Rutas Naturbanas Project, together with the Living Building Challenge San José Collaborative and Embassy of Canada guided the San José walk, which began at the Aranjuez Multisports Park. The walk started in the Otoya Neighborhood, which is located along the south bank of the Rio Torres, but mainly traversed sidewalks and hardscapes, simultaneously offering to participants the conventional experience of walking on city streets, while explaining how the Rutas Naturbanas project will integrate the city and its water bodies. The tour was led by CTBUH Costa Rica Country Chair Victor Montero (Victor Montero Arquitectos) and Federico Cartin, President of Rutas Naturbanas.

Shanghai
This was the fifth walking tour that Shanghai has participated in The Shanghai tour was jointly organized by CTBUH Shanghai, Gensler and Foster + Partners and the tour focused on the Bund Financial Center. While enjoying the spectacular views of the city on a long waterside walkway of the Bund, the Shanghai tour aimed to explore the role of high-rise buildings in waterfront areas and other natural environments.

Toronto
Toronto's tour began in Union Plaza (also known as Maple Leaf Square), which is located only two blocks from the waterfront. The tour was led by CTBUH Urban Habitat / Urban Design Committee Chair and Advisory Group Member James Parakh of the City of Toronto's Urban Design section of the City Planning Division. The plaza is framed by three developments including Maple Leaf Square complex, 25 York and The Air Canada Centre, home of the Toronto Raptors and the Toronto Maple Leafs. During all regular season games as well as the playoffs, thousands of spectators gather in the square to take in a big game, which is broadcast on a large screen. 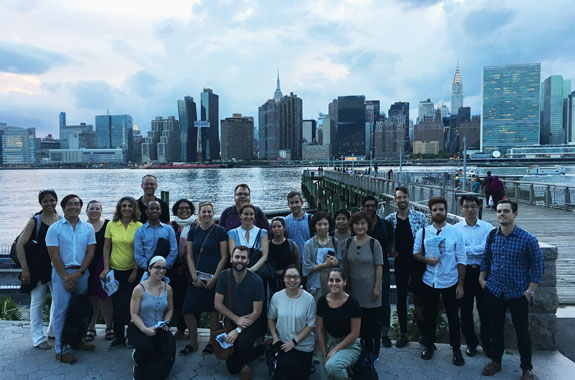 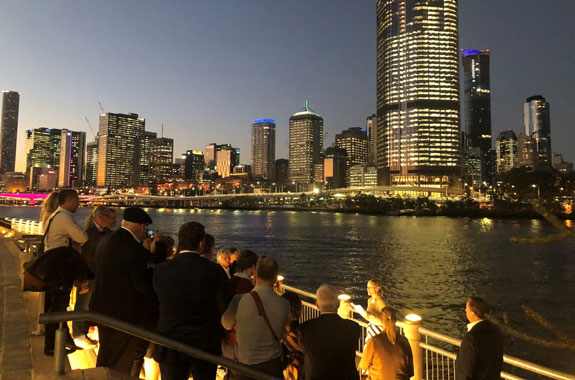 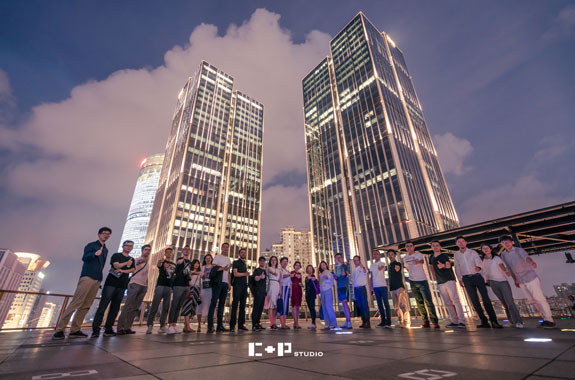 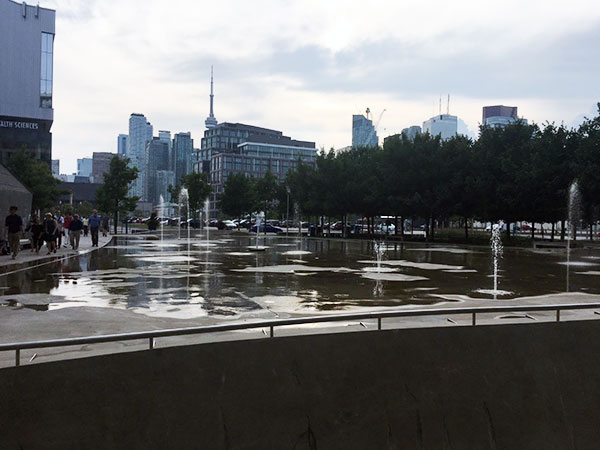 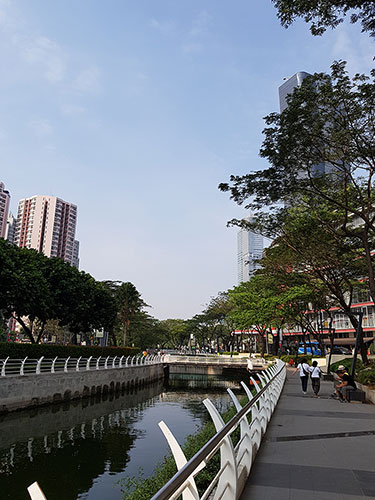 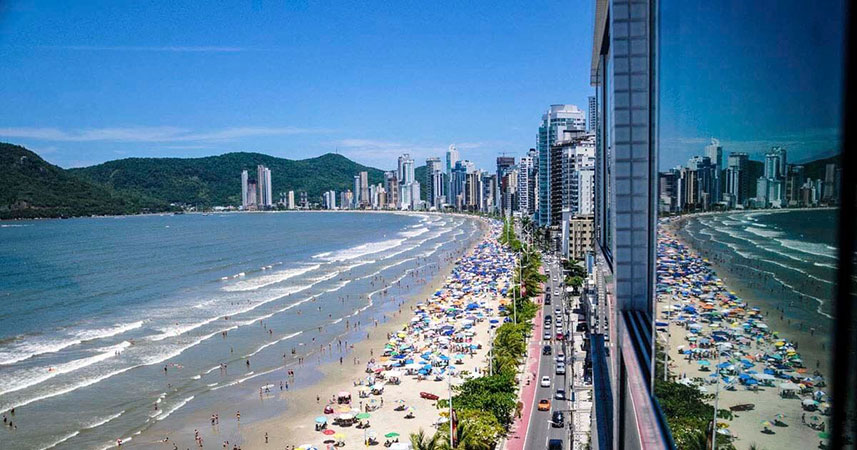 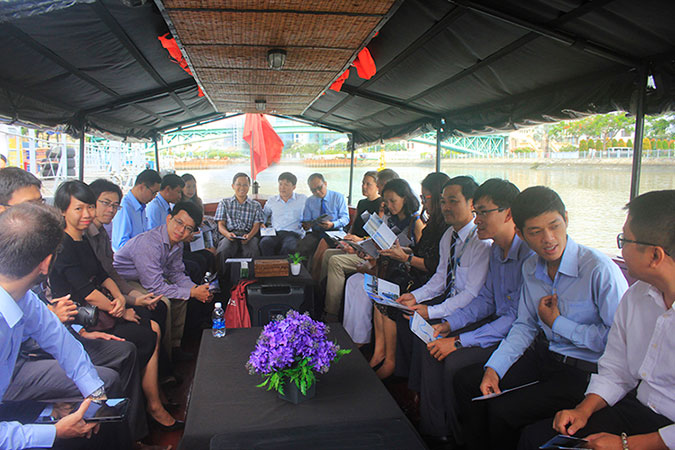 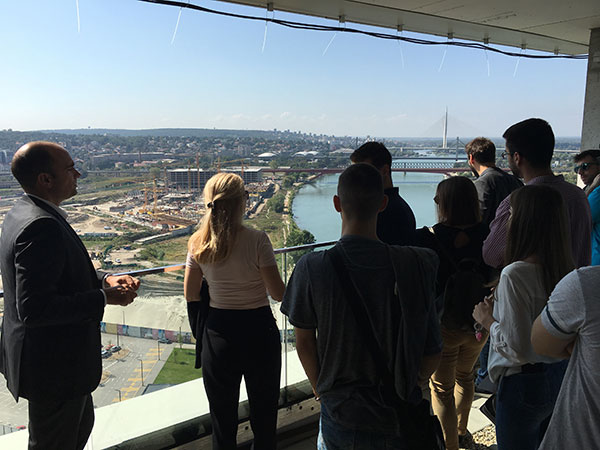 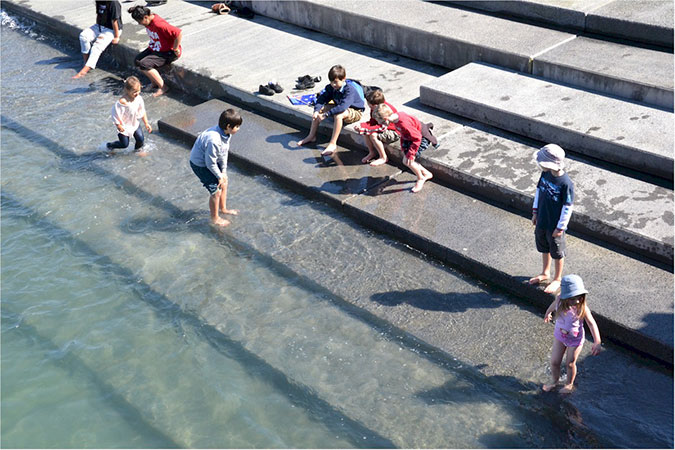