The Impact: A World Changed 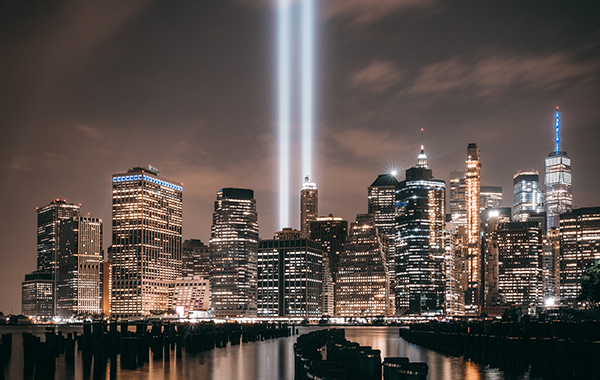 On Sept. 11, 2001, the world changed and with it so did the civil engineering profession. Over the two decades that followed, engineers and designers have worked to redesign, rebuild, and remember what was lost.

The terrorist attacks on Sept. 11, 2001, are one of those historical events that burns itself so deeply into the public consciousness—like the bombing of Pearl Harbor or the assassination of President John F. Kennedy— that years later people recall with great clarity where they were and what they were doing when they first heard, or saw, the news.

Steven Plate, the chief of major capital projects at the Port Authority of New York and New Jersey—which owns the World Trade Center complex—survived the day because his teenage son forgot his homework. Returning home to retrieve the assignment, Plate missed his usual train from New Jersey to Manhattan and thus was not in his office on the upper floors of the WTC’s north tower when the first hijacked plane smashed into the building at 8:46 a.m. Some 84 of Plate’s PANYNJ colleagues died that day as well as thousands of other people who worked at or were visiting the site.

For more on this story, go to American Society of Civil Engineers.