The recipient of the 2020 CTBUH Lynn S. Beedle Lifetime Achievement Award shared the possibilities of dense urban vertical development and observations gleaned over the decades. 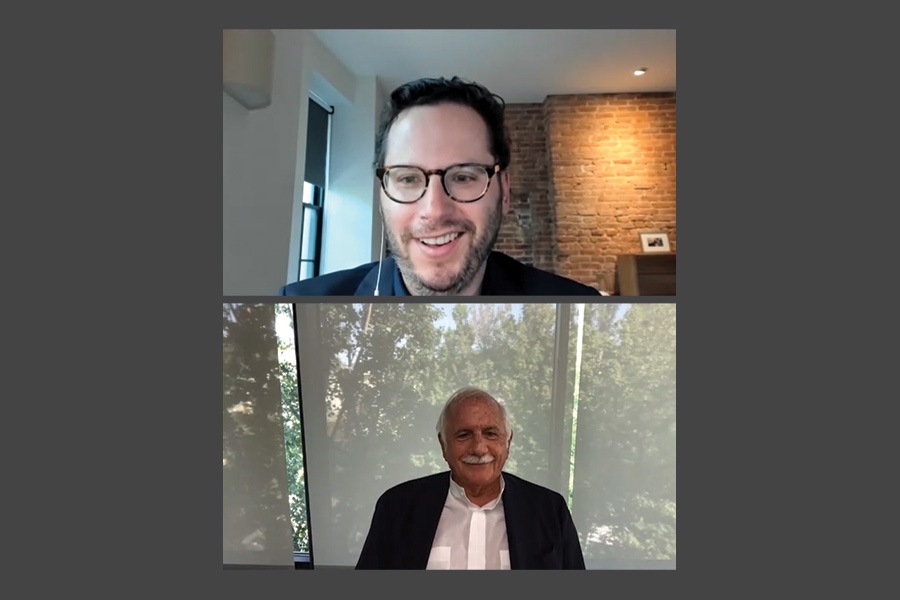 For tall buildings to be successful, one must move beyond the notion of the building as a sculpture and instead focus on its purpose for the user, according to Moshe Safdie, architect and founder of Safdie Architects.

“So long as we think of tall buildings as sculptural objects in the urban landscape there are deterrents to making them truly human,” Safdie said during an interview at the 2021 CTBUH Tall + Urban Innovation Conference, which took place online from 18–20 May 2021. He was being honored as the recipient of the 2020 Lynn S. Beedle Lifetime Achievement Award, a yearly award granted by Council on Tall Buildings and Urban Habitat (CTBUH) to recognize an individual who has made extraordinary contributions to the advancement of tall buildings and the urban environment during his or her professional career. Over five decades, Safdie has explored the essential principles of socially responsible design with a distinct visual language.

Safdie said once the perspective of the person who has to live or work in the building is made central to a project “that notion of the sculptural object melts away to a multitude of considerations that would enrich it, would enliven it, would make it more accessible, more part of nature. It’s like thinking of tall buildings as an extension of urban life as it was in the past, except that it’s stacked vertically.”

During his conversation with journalist Sam Lubell, Safdie bemoaned the evolution of public space from the piazza and the agora to the suburban mall, which he decried as one of the worst inventions of the 20th century. Thinking about tall buildings in a way that moves them away from “sealed extrusions” which are introverted and allows them to “break out into the fractalized world of nature” has led his career from the beginning, Safdie said.

After some early setbacks routed his path away from the residential realm through designing civic and performing arts spaces around the world, Safdie has found himself able to revisit and move forward the concepts he started exploring as a young architect with his famous Habitat ’67 project. He and his firm started researching how to address mixed-use, high density in cities like Shanghai and Hong Kong, and technological advances. This research became embodied in recent projects such as Raffles City Chongqing, which was the Best Tall Building 300–399 Meters category Award winner at the 2021 conference, Safdie said these larger projects with multiple towers start to thread together the world of architecture and urban design, which leads to solutions such as sky parks and streets in the air that are part of a system larger than just the building. “There’s a layering of public life at different levels,” Safdie said. “The public realm can be something much enriched from what we’ve come to think of.”

I can see that the next generation of architects are experimenting with a lot of these similar ideas and managing to build projects and realize them across the world today. I think we are into a new era, and if the pandemic did anything it is drive home the notion that the sealed dwelling and the sealed workspace has to give way, open up and bring nature in.
- Moshe Safdie, Safdie Architects

Among his most important influences, Safdie lists early mentors such as Buckminster Fuller and Louis Khan, as well as studying nature. He mentions being influenced by the writings of D’Arcy Thompson and the science of morphology. “What are the evolutionary imperatives on form-making and shape-making and design of organism in nature? Understanding the whole notion of fitness to purpose—the Darwinian notion of fitness to purpose is the biggest influence, guide, and litmus test of anything I do,” he said.

The full 45-minute conversation is archived in the Tall + Urban Innovation Conference app and is available until 19 July 2021.