Tallest Building in the Netherlands 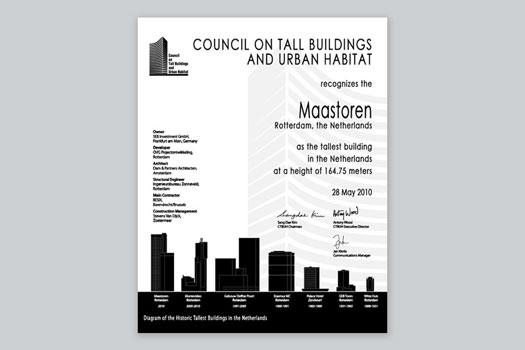 On 28 May 2010, CTBUH Communications Manager and former Rotterdam resident Jan Klerks handed over a CTBUH height recognition plaque to Coen van Oostrom, executive director of project developer OVG, recognizing Maastoren in Rotterdam as the new tallest building in the Netherlands at 164.8 meters / 541 feet. Maastoren is named after the River Maas, internationally better known as the Rhine. During the opening ceremony, the plaque was passed on to the CEOs of the main tenants, being Deloitte and AKD Prinsen van Wijmen. The plaque is to be displayed prominently in the main lobby. 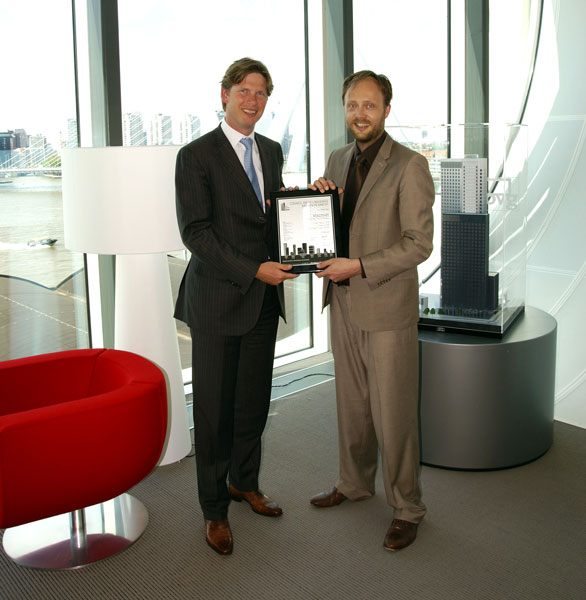 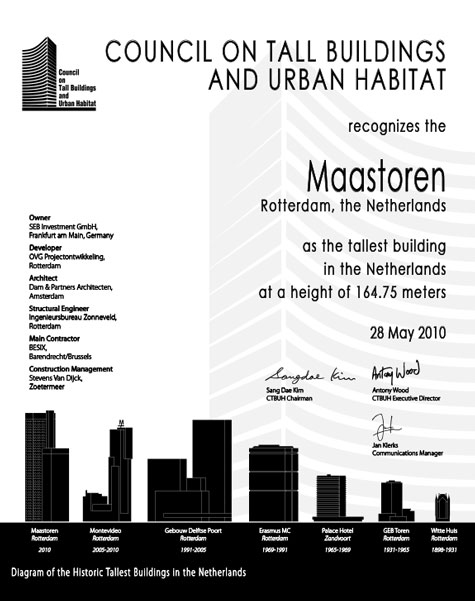 Design of the Maastoren plaque. 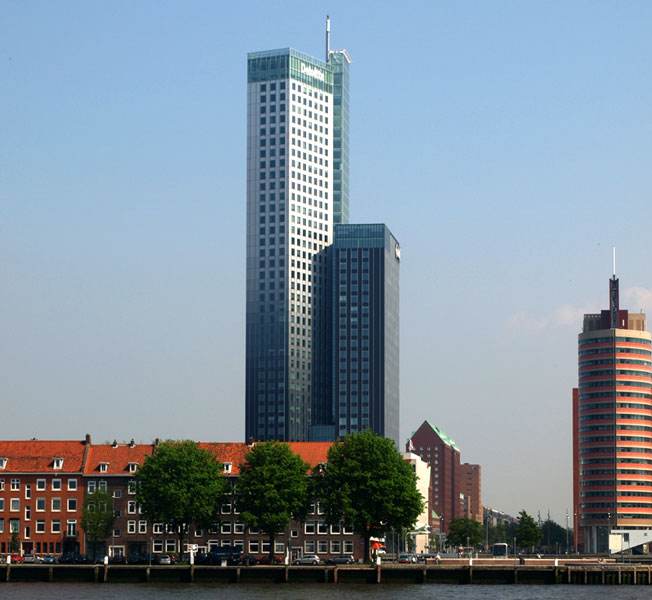